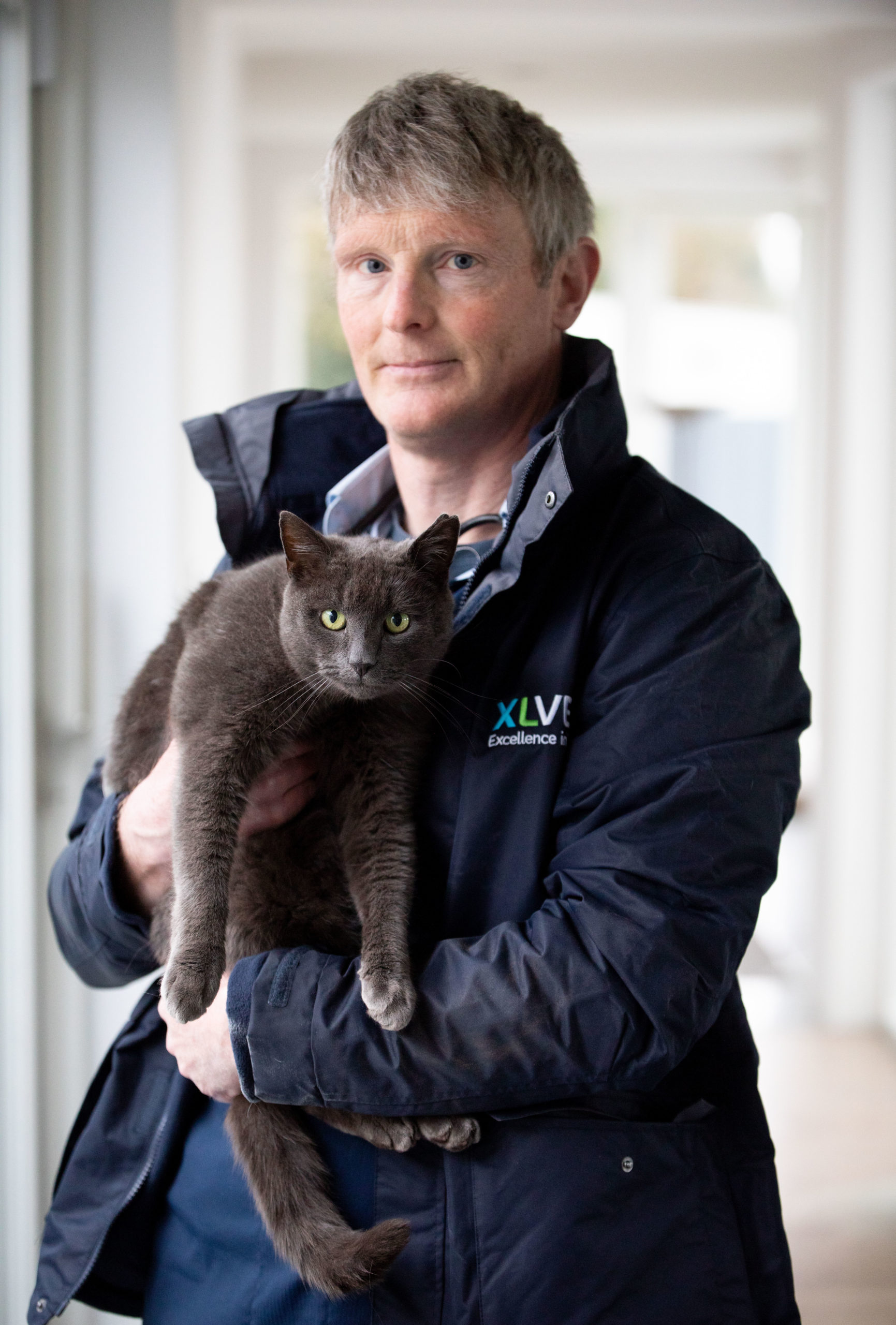 Sean Coffey is our Newport Small Animal Vet. Sean qualified from UCD in 1998. He worked for two years at Mulcair Vets before working in small animal practice in Sheffield in 2001. Subsequently, he returned to Mulcair Veterinary Clinic where he has remained since. Sean became a partner in 2005. Sean is proud owner of two dogs, Peg and Paudie and has three cats, Soot, Claude + Flannon.
Sean enjoys small animal medicine.
Sean is originally from Cork, where his father was also a Veterinary Surgeon.
He enjoys watching sport and gardening.
Sean is highly regarded and is known for being extremely kind with small animal pets. His patients are always happy to see him in our Newport branch.