Brian Ryan -Time farmers got the credit that they deserve.

Brian Ryan -Time farmers got the credit that they deserve.

We are  fast approaching the end of what has been a very difficult year in farming. 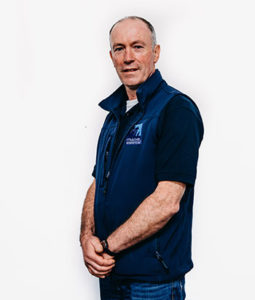 It’s never easy but what with floods, snow, storms, drought and a fodder shortage, all we were missing was a plague of locusts.

Back in August, Minister for Agriculture Michael Creed visited Cappamore Show and along with a number of speakers discussed the fodder crisis. It was an admirable show of solidarity with farmers of the area and he was made feel very welcome by the wonderful show committee.

Minister Creed called to Mulcair Veterinary where we discussed the future of veterinary practice in rural Ireland.

Thankfully the weather has abated since then and a lot of reasonable quality fodder was collected in September/October. However, on some of our larger, more intensively stocked farms, fodder could be tight.

At a recent dairy night at Mulcair Veterinary, Professor Finbar Mulligan, of UCD, outlined the importance of farmers quantifying how much fodder they have.

This they can do by using a fodder planner which they can easily access from the Teagasc website or from any Teagasc office.

If you realise you have insufficient fodder it is best to plan accordingly, sooner rather than later.

Professor Mulligan outlines various ‘fillers’ that can be used such as soya hull, palm kernel, beet pulp etc to make the silage last as long as possible.

Professor Mulligan stressed the importance of testing the silage as it can be very variable. If you know the energy protein, and mineral levels provided in the silage, then you can balance accordingly.

Ask your vet or Teagasc advisor if you need any help with this. One would hope that if the winter is prolonged that farmers with surplus fodder will not be too hard on their colleagues that are short on fodder.

Sustainability is the new buzz word in farming and at the same dairy night we spoke about selective dry cow therapy. We need to reduce the amount of antibiotics used on dairy farms to remain sustainable.

Care must be taken in both selecting these cows and applying the teat sealant. Again seek advice from your vet.

We also spoke about the importance of reducing overall antibiotics usage on farms. We suggested blood testing weanlings to establish what viruses are prevalent on the farm and initiating a vaccination programme specifically for that farm. This would automatically reduce the level of pneumonia on the farm and as a result the amount of antibiotic used.

All these decisions are based on accurate testing, and information received.

We also spoke about the importance of testing faecal samples for worms and fluke levels. Again we should base our dosing regime on these results rather than ad hoc basis as we have been dosing previously. This has led to an increase in resistance to anthelmintics globally. Dosing for incorrect weights and poor application techniques has exacerbated the problem. So, test the samples and seek advice regarding the most suitable dosing programme.

Farming seems to be constantly getting poor press these days. I think it’s time that the excellent, natural produce coming from our farms gets the credit it deserves. Our farmers are working to the highest international standards and this should be recognised.

Reducing antibiotic usage and making farming more sustainable by doing so, will only enhance that reputation.